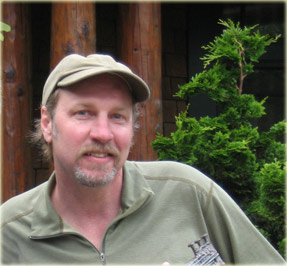 Madeen Architecture and Construction is a licensed architecture firm that was founded by Greg Madeen to help enhance the human/nature connection. Some of Greg's earliest memories in the early 1960's are of building tree houses, earth tunnels, snow caves and hay bale forts. He spent his high school summers as a surveyor. In the 1970's he became assistant to the city engineer and learned about water, sewer and other civil engineering practices. He also installed dozens of solar hot water systems and built solar collectors. These early experiences led to a strong conviction toward site analysis and environmental design. From 1981 through 1986, while attending architecture school in Bozeman, Montana, Greg studied indigenous, vernacular and regional styles and the reasons why they generally fit their landscapes, climates, and functional requirements while using local materials. To fund his college, he did drafting on large farm-scale ethanol plants, designed passive solar office buildings, and helped Bozeman and surrounding communities with their municipal water and sewer systems. His thesis project was a hot springs resort that utilized the sun and the naturally occurring hot water to their fullest. Upon graduation, he moved to Santa Fe, New Mexico, and interned with two well known solar adobe architectural firms.

After two years as a self-employed environmental designer, Greg became a licensed architect in 1991 and started his own firm that again specialized in organic design. In New Mexico, Greg Madeen Architecture designed dozens of solar adobe projects. Greg was instrumental in making pumicecrete a viable alternative to adobe. Greg was also actively involved in getting strawbale approved as an alternative building material. He also helped plan a 500-unit neo-traditional village, as well as a 30-unit environmental subdivision. Sustainable, alternative, instinctive, handcrafted, breathable and healthy are descriptive terms that help define the Madeen Architectural approach. The style and material solutions are derived from the site and the client's desires, and not the architect's preconceptions or the trends of the times.

In 1996, Madeen Architecture and Construction moved back to Southwest Colorado and opened a professional office in the heart of Durango. For a year and a half a second office was opened up in historic downtown Telluride, CO. In the spring of 2014, an office was opened in historic down town Aspen, CO. Recently, Greg's 1988 idea of an unplastered, rammed earth wall system with sandwiched mid-wall insulation was utilized on a 3000 s.f. residence with exciting color bands. As well as the architecture, planning, interior design, and landscaping projects; Greg and his staff have lead the construction of a dozen of the projects the firm has designed. As a visionary community designer; Greg is passionate about beauty, which he strongly believes is an integral part of nature and good architectural design. Madeen Architecture and Construction encourages involvement and cooperation with other enthusiastic environmental professionals. Staff size varies with workload requirements.

With over a 200-project history that includes 70 adobes, 15 strawbales, 15 pumicecrete, 3 rammed-earth projects, 8 production green houses, and numerous other innovative holistic solutions; Madeen Architecture and Construction is more dedicated than ever to the belief that humans can beautifully live and work with nature. A retainer for services is required.

© All photos and designs are the property of Madeen Architecture and Construction.